How chemical cleaners are damaging your septic tank and what’s the best solution?

All kinds of home and kitchen waste, solid and liquid waste reach the septic tank. It is more like a local small scale sewage treatment plant where waste is treated and, wastewater is flown through the pipes into the soil.

In an ideal scenario, the waste is treated naturally with the help of microbes and is eliminated. But with increasing usage of household chemicals and population density in the urban areas, septic tanks are found to face a plethora of issues which are a direct consequence of improper usage and maintenance of the septic tank.

Malfunction of a Septic Tank

Poorly functional microbial ecosystem in a septic tank is the main cause behind septic tank failures. There is a diverse range of essential microbes that are responsible for breaking down fats, oils, solids and other organic biodegradable waste. This prevents solid waste from clogging pipes and the accumulation of waste and ultimately the sewage backup. Microbial degradation of this waste prevents the clogging of pipes as well as accumulation of sludge in the septic tank chamber. A healthy microbial ecosystem helps prevent problems such as reverse odours as well as backflow of waste.

But, when the microbial ecosystem which is so important for the proper functioning of the septic system is disturbed, sludge-build up occurs. What follows is septic tank malfunction and life becomes hell with a whiffy perception of a smell.

So, what is the main cause behind the malfunction of a septic tank? Blame it on the chemical cleaners which occupy your cleaning cupboards in vast numbers. An average household is exposed to over 60 chemicals daily.

People use floor cleaners, toilet cleaners, bathroom cleaners, soapy water, and bleach which contain all kinds of damaging chemicals, harsh acids, alkalis as well as antibacterial chemical agents. The chemicals are the death knells for the beneficial microbes in the septic tanks. These harsh and toxic cleaning chemicals are rinsed down the drains every day and reach septic tank killing the beneficial bacteria. The lack of microbial function leads to the accumulation of sludge. This leads to back up which is the first sign of septic system failure and emission of foul odour.

Preventive maintenance is an easy way out

Bioclean® Septic from Organica Biotech is a natural microbial septic tank treatment product that contains enzyme-producing bacteria. They are highly capable of completely degrading the waste, at the same time withstand the effect of harsh chemicals.

With the powerful formulation, it also curbs foul odour by inhibiting the growth of odour causing bacteria.
Organica Biotech Experiment

In a first, an experimental study was conducted by Organica Biotech to understand how microbes behave in a different environment. It was carried out by taking a sample of microbes from a septic tank. Here are the findings:

The microbe sample was placed in a petri dish where it was grown. As you can see in Fig.1 below, the moderate population of microbial colonies with poor diversity was found.

This means that though microbes are present in the septic tank, they cannot degrade organic matter efficiently. 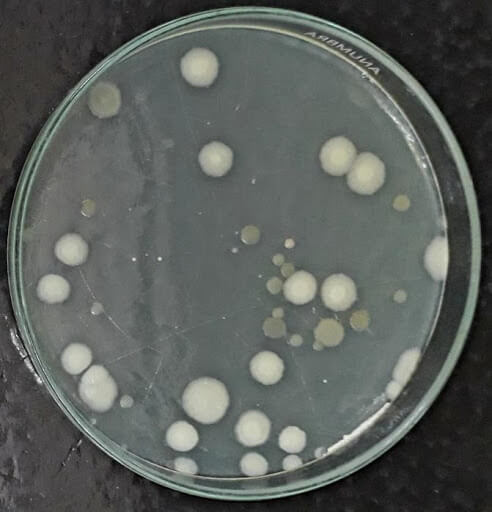 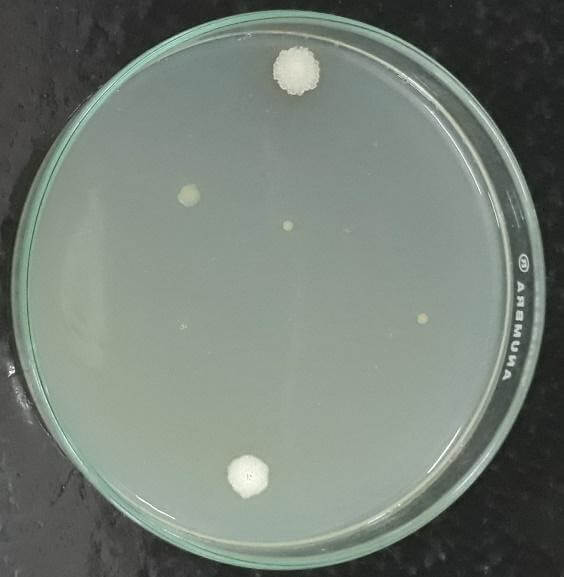 As you can see in Fig above, the microbial population was eliminated to a great extent.

One can only imagine the damage caused by chemical cleaners at homes.

In step-3, Bioclean® Septic was added to the microbe sample from the septic tank. This was now exposed to the same chemicals as before. 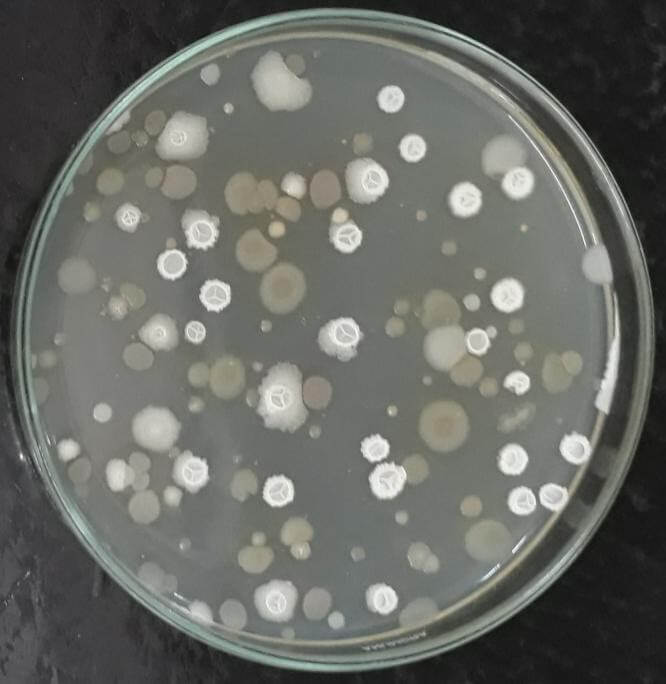 You can see the dramatic change in Fig.3.

Bioclean® Septic addition improved the population and diversity of the microbes in the septic tank water. It was highly effective in withstanding the harsh cleaning chemicals as well.

The experiment and the following results prove the efficiency of Bioclean® Septic.

So, next time when you think something smells fishy, know that it’s your septic tank and use Bioclean® Septic.