Quorum Sensing: The Talk Of The Town In Bacteria World

Quorum Sensing: The Talk Of The Town In Bacteria World 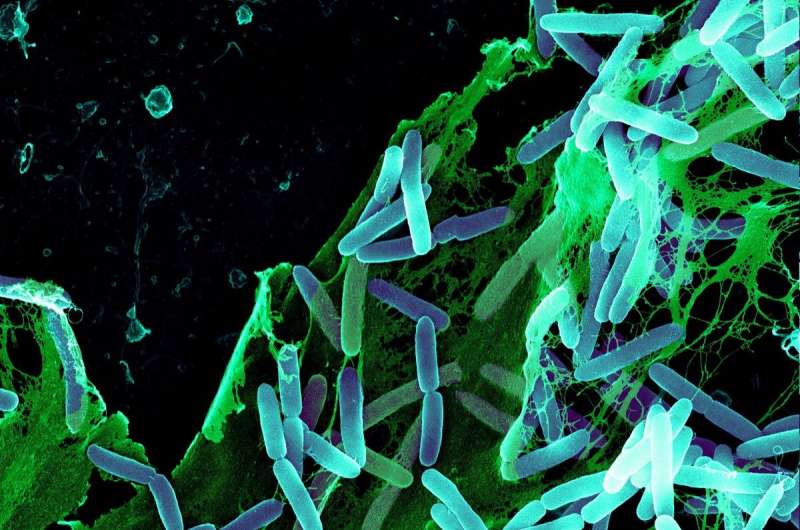 In the late 19th and early 20th centuries, wastewater treatment plants became prominent all over the world. Over time, various technologies and treatment solutions have been incorporated to treat wastewater effectively. The main goal has always been to protect the environment as well as prevent health hazards for humans.

Various research and studies have been undertaken in the past decades. One of the fascinating discoveries made was about Quorum Sensing, which has become the talk of the town in the bacteria world.

As you might know already, there are three stages in wastewater  treatment: Physical, Biological and Chemical treatment. Out of these, biological sewage treatment is the most essential process to remove unwanted toxins, pollutants and other harmful substances from the wastewater.

You might also be familiar with how microbes in wastewater treatment play a vital role in breaking down the organic matter completely. There are aerobic  and anaerobic wastewater treatment methods where microbes act on the waste in the presence and absence of oxygen respectively. But did you know that these tiny and powerful microbes can communicate with each other? Yes, they do.

What is Quorum Sensing?

Technically, Quorum Sensing is a communication mode for the microbial community which helps in regulating ecological and physiological behaviour to achieve a particular physiological function, which a single bacteria will be unable to perform.

To put it simply, Quorum Sensing is the chemical language that helps the bacterial community to converse with each other and facilitates group behaviour. It means that microbes use chemical words or a gene expression to monitor and coordinate the group action. In the sewage treatment process, microbes present in large numbers vote, and if all the votes are unanimous, specific action occurs.

Experts believe that this phenomenon plays a major role in the formation of biofilm and granular sludge. Moreover, it may be essential to enhance the activity of bacteria in the biological wastewater treatment process.

In the 1970s, Quorum Sensing was first proposed by Nelson and Miller when they discovered bacterial cell interactions while they were studying two bacteria Streptococcus pneumoniae and Vibrio fischeri. Later, Quorum Sensing was established originally in two marine bacteria known as Vibrio fishceri and Vibrio harveyi. It was discovered that a chemical signalling molecule known as autoinducer was released to communicate between both the bacteria. Using different types of signalling molecules, bacteria control gene expression for varying activities such as pathogenesis, bioluminescence, mobility and biofilm formations in wastewater treatment.

Quorum Sensing – QS systems can be divided into the following categories:

In wastewater treatment, AHLs are the main type of signalling molecules found.

In wastewater, biofilm plays a crucial role in the growth and survival of microbes. They help bacteria to tolerate the environmental pressure in treatment plants and prepares an environment where bacteria can thrive. Various studies have shown an important correlation between biofilms and Quorum Sensing signal molecules AHLs.

In the initial stages of research, mutated bacterial strains were produced by removing the QS signal. It showed that bacteria ruptured the biofilm. Later, AHLs signal molecule was added where biofilm was stabilized. Further studies showed that the right amount of AHLs can boost communication among the bacterial population and improves the pollutant removal process.

Today, due to population explosion, rapid urbanization and massive industrialization, the sewage treatment plants are under undue stress. The extensive amount of waste generated from households, industries and agricultural activities have burdened the treatment plants immensely. Thus, there is an urgent need for innovative solutions based on the latest scientific studies and discoveries like Quorum Sensing.

Organica Biotech is one of the leading companies which has developed advanced biological treatment solutions for sewage treatment after years of dedicated research in the field. Cleanmaxx is one such solution that is effective for wastewater treatment. It consists of a highly powerful blend of heterogeneous microbes capable of degrading pollutants into simple compounds. Micro-encapsulated in powder form, it promotes high biomass generation and accelerates COD/BOD reduction. One of the highlights of Cleanmaxx is that it can sense, adapt and treat wastewater effectively and therefore, it is used in a wide spectrum of industries.