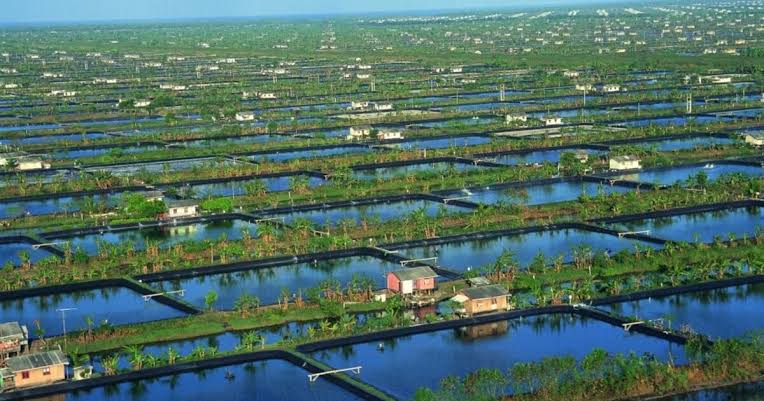 Aquaculture is one of the fastest-growing sectors globally. Indonesia is among the top three largest aquaculture producers all across the world. As per the reports available, the country earned approximately USD 4.24 billion by exporting fish and fishery products to other nations in 2014. Aquaculture has been growing leaps and bounds, and national production targets are increasing every year. Today, innovative practices are inevitable to achieve rapid expansion of aquaculture and meet the growing demand.

According to the United Nation’s Food and Agriculture Organization, the most essential aquaculture species include Seaweed, Nile Tilapia and Shrimp. Other notable species are carp, pomfret, catfish and gourami. Several aquaculture production systems are used throughout Indonesia to produce different species. As per the Ministry of Maritime Affairs and Fisheries 2013 report, mariculture dominates the aquaculture production sector followed by brackish-water pond and freshwater pond systems.

Also read: The Role Of Aquaculture In Transforming Nepal

The aquaculture sector has been a major source of employment and income for the people in Indonesia. Close to 140 million people earn their livelihood through marine ecosystems. This, in turn, makes Indonesia a fish-dependent economy. Multiple full-time jobs and additional jobs are created through aquaculture. Experts predict that aquaculture production will grow to more than 10.1 million metric tons per year, which will lead to the creation of 8.9 million full-time jobs, and the industry will be worth USD 39.5 billion by 2030.

Moreover, the population in Indonesia highly depend on fish for their nutrition needs. Thus, consumption rates have been growing consistently for the past many decades.

The Indonesian government has played a vital role in the expansion of the aquaculture sector by drafting strong policies that support the sector. Different areas where the national government has contributed massively include infrastructure, entrepreneurship, technology, environmental issues and production systems. Tilapia species and its production remain the key area of focus for the government.

Although the aquaculture sector is growing in Indonesia, there are several challenges that need to be resolved as well. The traditional form of capture fisheries still follows fishing methods that are unsustainable in the long run. Additionally, poor management has been causing various problems like water pollution and expenses. Another issue that needs a solution is overfishing which can be detrimental to the environment.

In aquaculture, one of the major concerns for fish farmers in Indonesia is the high cost of feed. Also, the cost incurred due to infrastructure requirements is not proportional to profits most of the times. Another common problem that plagues aquaculture systems are diseases that reduce quality and productivity of the output. Land use and water exchange are other issues that need urgent solutions.

The Biofloc system has emerged as one of the most viable options that enable fish farming in a sustainable manner. It also solves a number of the challenges mentioned and helps the environment as well.

In simple words, Biofloc fish farming technology can be defined as a waste treatment system. This method is used for cleaning the water used for fish farming while acting as a feed source. More specifically, when the feed is supplied to the fish in the farm, leftover feed, fish excreta, and nutrients accumulate in the water and forms a floc. This biofloc is an aggregate of suspended particles or organic matter, physical substrate and microorganisms such as bacteria, fungi, protozoans, invertebrates etc. It acts as a natural source of food for fish, containing vitamins and minerals.

Probiotics is also a promising scientific approach to control diseases in fish farming systems. The other characteristics include its function as a growth promoter of fish species, helps digestibility of nutrient and improves water quality.

Organic Biotech is one of the leading companies with a wide range of products that can be used for promoting and enabling sustainable aquaculture practices in Indonesia and maximize productivity as well. Biogut Aqua is a probiotic feed with a wide array of microbes that help in the efficient digestion of food in aquatic animals. It further helps in boosting immunity and preventing diseases. Bioclean Aqua Fish is an advanced water conditioner with special microbes. It helps in the decomposition of organic waste, maintains the pH level of water and removes unwanted elements like toxic gases from the water. Using Organica Biotech products can further boost the aquaculture sector in Indonesia.

Also read: How Sustainable Aquaculture Can Benefit the Nigerian Economy