How Sustainable Aquaculture Can Benefit the Nigerian Economy

How Sustainable Aquaculture Can Benefit the Nigerian Economy 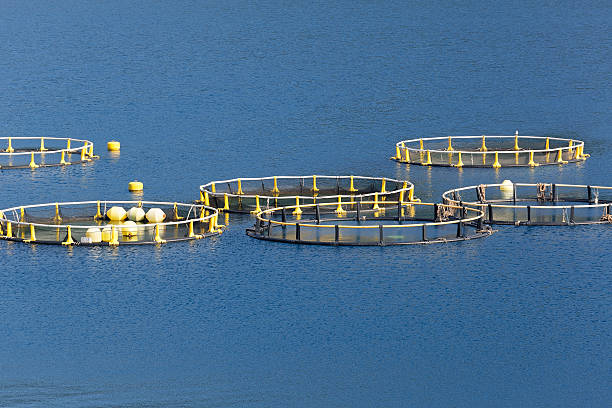 Nigeria is one of the most populous countries in Africa with a population of more than 168 million. Fish is an integral part of the dietary culture in the country, and demand for the same is very high. Therefore, aquaculture remains one of the key sectors driving the economy forward.

According to estimates, Nigeria is the largest aquaculture fish producer in Sub-Saharan Africa and close to 19 million people, directly and indirectly, are employed in the fisheries industry. In the last three decades, aquaculture production has grown 12 per cent per year in Nigeria as compared to the world average of 8%. Common fish species grown by farmers include carp, tilapia, catfish species etc.

Despite growing leaps and bounds through aquaculture, there are several significant challenges faced by the country. Due to the growing population, access to nutritious food, maximizing food security and improving health standards are important concerns. Thus, aquaculture has gained attention in both the public and private sectors as the potential of fish farming hasn’t been fully explored yet.

According to a 2018 – 2022 report from WorldFish Nigeria Strategy, the West African country produced over 1 million metric tons of fish but left a deficit of 800,000 metric tons, which is imported from other countries every year. Also, the WorldFish study on Nigerian Aquaculture shows that if the factors like price and customer demand remain unchanged, it will result in the demand-supply gap of 450,000-metric ton in the near future. To meet this growing demand, fish production needs to be doubled by 2030 and losses after harvest should be reduced.

Due to the economic recession and lack of income, it is feared that per capita fish consumption will dramatically reduce in Nigeria, and it will impact the nutritional status of the country as well. Additionally, many of the current aquaculture activities are causing environmental pollution and fish kills. Fish feeds mostly imported from other countries and used by the farmers are very expensive. Thus, the profits made are minimal and many are discouraged to continue in the fishing business.

Therefore, farmers in Nigeria needs to learn sustainable aquaculture practises that can benefit fish farming business and maximize high-quality output. There is an urgent need to increase the production of fish in a sustainable manner which will boost the growth rate of the sector and deliver profits for the farming community. It will encourage more people to get into the fish farming business. Moreover, it will help in generating employment, improving income and supplying nutrition to the people in Nigeria.

Innovative aquaculture practises which are affordable and effective needs to be introduced. It will help small-scale fish producers and farming households in Nigeria.

Biofloc fish farming system is one such innovative technique which can promote sustainable farming in Nigeria. Biofloc technology enhances the quality of water by treating the waste and thus prevents the environment and water pollution.

It is a cost-effective farming method which helps farmers save money on feed and additional infrastructure cost for waste treatment and water exchange in aquaculture. This is achieved as biofloc are aggregates formed by combining algae, bacteria, organic matter such as fish excreta and feed left uneaten by fish. Thereafter, it is converted into food which is consumed by fish and thus no waste is left in the water. No extra money needs to be spent on buying expensive feed as well.

Organica Biotech’s Bioflok is a dense probiotic formulation of selective microbes which powers the biofloc system. It degrades organic matter like fish excreta and boosts the quality of water. It eliminates the need for water exchange and prevents water from pollution. Also, probiotics in Bioflok competes against pathogenic bacterial species and prevents diseases from propagation.

Biofloc fish farming system and powerful solution like Bioflok can transform Nigeria’s aquaculture system. It can further help the farmers to boost fish production sustainably and help the country bridge the supply-demand gap in the future, which can eventually drive the country’s economy forward.