What Is Aquaculture & Why It Is Important?

What Is Aquaculture & Why It Is Important? 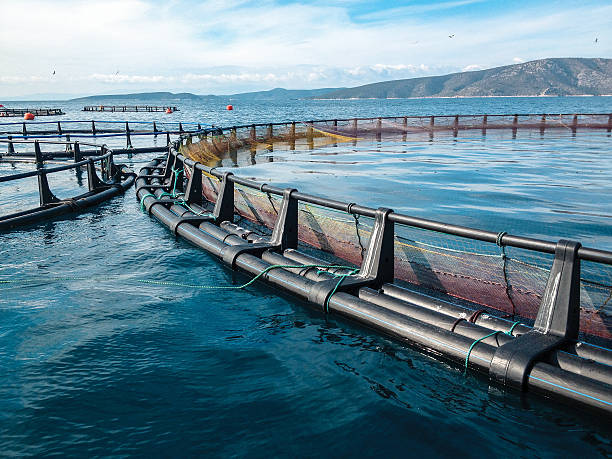 Aquaculture can be defined as the process of cultivating, breeding and harvesting different aquatic organisms, mainly fish for human consumption. Also known as fish farming, aquaculture production can be carried out in a controlled aquatic environment like ocean waters, freshwater rivers, ponds, lakes and even in tanks.

With increasing population, economic well-being, and rapid urbanization globally, the demand for food has grown exponentially. Fish which is an integral part of the diet for people all over the world, is key to food security in the future. It is an important nutrient source for people in developing countries as well.

As the traditional and natural capture fisheries have been fully exploited or over-exploited in the world, aquaculture will play a significant role in meeting fish demand. According to estimates, by the year 2030, 62% of seafood will be produced from aquaculture for human consumption.

There are different types of aquaculture practised which depends on factors like the purpose of farming, operational techniques and hydro-biological features. Fish farming is the most common type of aquaculture system which is practised by many across India as well as the world. It is aimed at breeding different fish species such as tilapia, crustaceans and others for human consumption.

Generally, fish production consists of four stages; hatchery, feed mills, farm and processor. In the first stage, hatching of eggs and rearing of fish takes place. After maturing, they are carried to farms where they are grown using the feed. It is the second and third stage of feed mill and farm. In the last stage, food is packed and sold in the market.

Fish and seafood are very good sources of protein. Aquaculture has contributed to increasing fish production, and it has emerged as the best alternative food source for many. Moreover, it makes seafood cheaper and accessible to all. Since it is relatively cheaper compared to other food products, fish meals are preferred by poor people in different parts of the world.

It is a great source of income for people in developing countries. It has created millions of job opportunities for fish farmers, retailers and exporters. For many, aquaculture acts as a secondary source of income too, as it is not as time consuming and risk fraught as capture fisheries.

Capture overfishing has caused tremendous harm to the environment. The extensive use of bottom trawlers causes harm to other fisheries. Also, it is an unsustainable fishing method that affects the marine environment by damaging the seafloor and leading to overfishing.

On the other hand, aquaculture helps in the farming of different species in a sustainable manner. It allows fish farmers to cultivate the same species in captivity and the wild population to rejuvenate and replenish. As per studies, aquaculture causes no major risk to the environment.

Aquaculture systems can use stormwater, surface water and harvested runoffs, and thus minimize its dependency on other water sources.

Fish is believed to convert feed into protein much faster and efficiently than other cattle. Thus, it is more beneficial for businesses to undertake fish production through aquaculture.

Although less feed is required, it is sometimes quite expensive for fish farmers to spend money on it. Moreover, the leftover feed acts as pollution and disturbs thee aquatic ecosystem. One of the major challenges in fish farming is the spread of diseases. Also, with the growing demand for fish, sustainable methods are necessary.

Thankfully, there are better natural and biological aquaculture methods and solutions for increasing productivity, disease immunity and cost-saving.

Biofloc System is one of the emerging approaches for sustainable aquaculture. It is highly capable of providing nutrition, and at the same time, effectively treats feed waste. It helps in controlling diseases with probiotic effects as well.

Organica Biotech is one of the leading companies with a wide range of probiotic solutions for aquaculture. Bioflok is a concentrated organic probiotic formulation that is used in the biofloc system. It consists of probiotic bacteria which boosts immunity, improves digestive capabilities, and eliminate disease-causing pathogens in fish. It can be used to boost the aquaculture system’s productivity without affecting the environment.