The Future Of Solid Waste Disposal And Management

The Future Of Solid Waste Disposal And Management 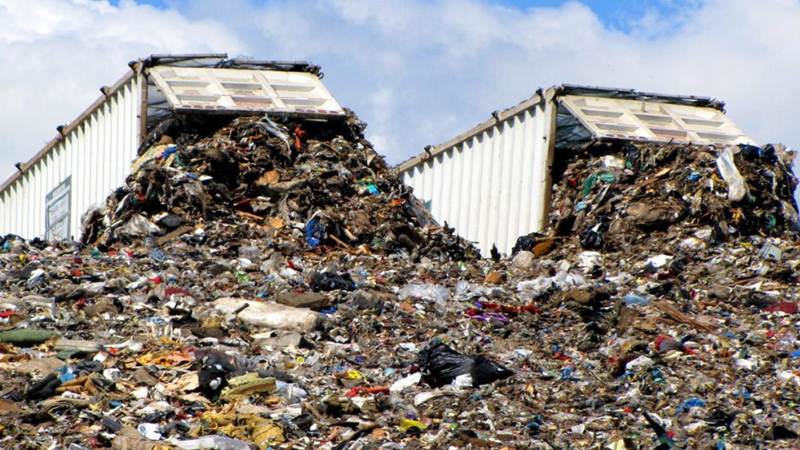 Waste is one of the biggest challenges faced by the world today, and the future of solid waste management depends on every single individual. Although government authorities, leaders of the nations, municipalities and local communities are working hard to manage the extensive amount of waste generated every day, a radical change in mindset at an individual level is the need of the hour.

On a broader note, improper waste disposal and management, which includes public littering, lack of waste segregation, uncontrolled collection and disposal and poor waste treatment practices, have greatly impacted the world. According to a World Bank report, 2.01 billion tons of municipal solid waste is generated every year across the world, out of which it is estimated that 33% is not managed properly, impacting the environment.

The growing waste problem causes health hazards, especially among the poor who reside near landfills. The mismanaged waste on the roadside may lead to the transmission of diseases and affect public health. Animals also get affected by consuming plastics and toxic waste. The waste accumulation over time pollutes water bodies and ultimately disturbs the natural balance of the environment.

Besides, improper waste disposal and management directly affect the economy of a country by minimizing income opportunities from tourist destinations and spots maligned by the waste problem. Also, greenhouse gases emitted from waste contribute to climate change as well. According to a 2016 report, solid waste generated 5% of global emissions.

The World Bank report states that factors like increasing population, rapid urbanization trends and fast economic development will cause a 70% increase in waste generation in the coming 30 years. It will lead to 3.40 billion tons of waste generation every year – which is worrisome.

With increasing population, urbanization and expanding economic activities, Solid waste disposal and management is a challenge in India. Here are some statistics which shows the solid waste management issues in India:-

Multiple factors such as socioeconomic status, commercial activity, increasing population, heterogeneous solid waste type affect how waste is treated and managed in India. Handling, transportation and treatment of waste are the major challenges for municipal authorities as well. Some of them are discussed below.

Role of Governments and World Authorities in Waste Management

Countries like Germany and Sweden are at the forefront of formulating policies, educating the population and developing innovative waste management strategies. Simple waste collection systems based on colour codes and recycling practices are now deeply embedded in society. It has helped in developing a culture of waste management among the communities.

In addition, incentive-based programs are developed to motivate household waste separation, and modern waste decomposition facilities are made to treat organic waste and convert it into energy. In a country like Nepal, financing project of approximately four million improved waste collection services benefiting lakhs of residents. Many countries like China, Pakistan, Vietnam, Azerbaijan, Philippines have benefited from it as well.

The government of India has taken strong measures and carried out policy changes to solve the waste disposal and management challenges in the country. The Swachh Bharat initiative has been one of the most powerful nationwide campaigns that have touched the nerve of every individual to contribute to the better collection, segregation, handling and disposal of waste in India. For the financial year 2020-2021, Rs 12,300 crore budget allocations is proposed for Swachh Bharat Mission which is further aimed to support segregation, sustainable waste processing and waste disposal mechanisms.

Multiple initiatives, schemes, awards have been launched such as Swachh Survekshan, Swachhta Hi Seva, to involve citizens in the waste management drive. According to reports, door to door waste collection has increased to 80% from 53%. The waste processing capacity has grown from 24% to 34%. Under the same initiative, target is set to ensure all organic solid waste is converted into compost or biogas.

It is interesting to note that about 40 – 50% of waste comprising solid waste is organic, which can have a significant impact on how waste disposal and management is done. A deeper look at the characteristics and composition of solid waste in India shows that the carbon & nitrogen ratio and the compostable fraction is more than 50%. It means that organic waste is suitable for composting.

Food waste such as vegetable and fruit peels, leftover food and garden waste can be used for composting instead of ending up in landfills. Also, composting is one of the best methods to manage waste at the source, reducing the burden on waste management authorities and minimizing waste problems around you. You can also use Organica Biotech’s SoilMate that speeds up the composting process. It consists of bacteria that decompose organic waste aggressively and keeps the compost healthy. Follow the composting process at home using Soilmate, and you can contribute to effective waste disposal and management.