Role of Beneficial Bacteria Beyond Probiotics In Aquaculture

Role of Beneficial Bacteria Beyond Probiotics In Aquaculture 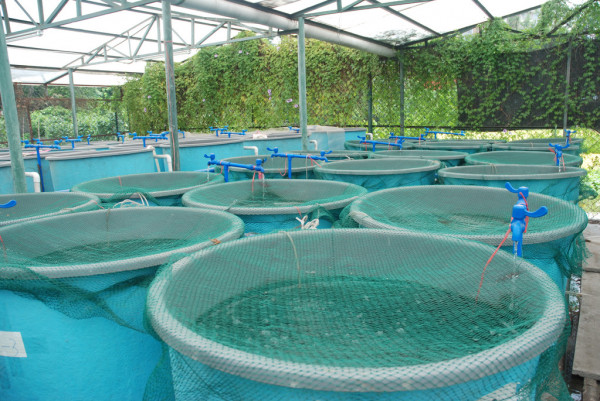 Aquaculture is one of the fastest-growing sectors across the globe. According to a report from FAO’s State of World Fisheries and Aquaculture, fish production will increase to 204 million tonnes in 2030. The modern aquaculture is critical to global food security because of its potential to feed the world. Moreover, approximately 10% of the world’s population depends on the aquaculture sector to earn a living.

Sustainable management of aquatic resources is one of the biggest challenges today. It should achieve the goal of better production, better nutrition, better environment and a better life as envisioned by the Food and Agriculture Organization of the United Nations.

Some of the other challenges in the aquaculture sector include physical, chemical and biological stresses. Focus on expanding aquaculture in the last three decades across the world has caused problems like water pollution, rise in infectious diseases and reduced and compromised quality and quantity.

Disease outbreaks in aquaculture systems are one of the major factors limiting the potential of production quality. Conventional approaches like disinfectants and antibacterial drugs have not been successful. It has led to extensive use of antibacterial drugs which has become a concern for the environment and humans.

Indiscriminate administration of antibiotics in different varieties of fish species like finfish, shellfish and others can have negative consequences. It may cause an imbalance in the gut microbiota that affects fish, and its residue can harm humans when consumed. As a result, antibiotics are banned in European countries for shellfish production. This is where probiotics have emerged as a better alternative to chemicals and antibiotics.

Research in the past has shown that bacteria can be helpful as food as well as biological control agents of fish diseases. Use of probiotics in aquaculture for commercial purposes has become a common practice in some countries. It is one of the best methods to control diseases in aquaculture system.

According to the World Health Organization – WHO, probiotics are defined as

“Live microorganisms that, when administered in adequate amounts, confer a health benefit to the host.” It is also known to benefit the host by enhancing its response to diseases by improving the use of the feed (increasing its nutritional value) or by improving the quality of its ambient environment.

Recent studies show that probiotics help improve fish health and growth. They act as nutrient sources which improve digestion by improving the gut micro flora of aquatic beings. Also, it replaces harmful microbes with healthy ones. It boosts the immune response against pathogenic bacteria by activating the non-specific immune system. Some of the common probiotics used in aquaculture are Lactobacillus-sp., Bacillus-sp., Enterococcus-sp. and Saccharomyces cerevisiae.

Several probiotic administration methods have been used in the past. It includes oral administration through diet, the combination of different probiotics and using inactive bacteria.

While probiotics help improve aquaculture from a health perspective, there is an urgent need for sustainable fish farming practices across the world. Biofloc System is one such innovative sustainable approach for aquaculture activities. It provides nutrition, effectively treats waste and helps in controlling diseases with probiotic effects. It is very cost-effective as it enables maximum treatment without a significant infrastructural investment.

Organica Biotech is one of the leading companies with a wide range of probiotic solutions for fish farming. Bioflok by Organica Biotech is a concentrated probiotic formulation which is used in the biofloc system. It consists of probiotic bacteria which boosts immunity, improves digestive capabilities, and eliminate disease-causing pathogens in fish.

One of the greatest advantages is that Bioflok reduces the organic load in aquaculture systems and thus reduces the requirement of water exchanges. Water wastage has been the greatest challenges that aquaculture has faced. With fish farmers pressurized into increasing fish densities to drive down costs, the rate at which it is causing further water pollution is unaccounted for. By using products like Bioflok, these issues are nipped in the bud. This allows fish farmers a lot more room to maximize productivity despite space constraints.