Muttukadu Estuary: How To Prevent Algal Blooms In Lakes and Reservoirs

HomeMuttukadu Estuary: How To Prevent Algal Blooms In Lakes and Reservoirs

Muttukadu Estuary: How To Prevent Algal Blooms In Lakes and Reservoirs 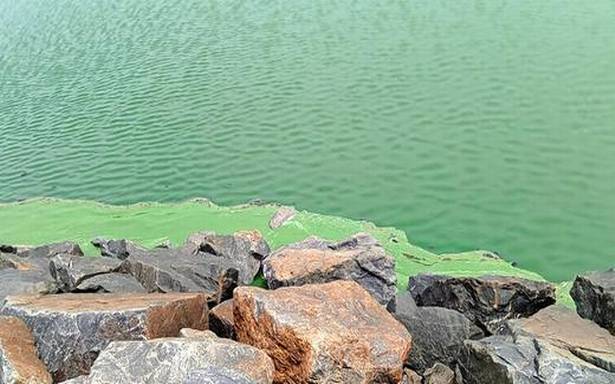 Muttukadu, a small town located on the outskirts of Chennai, is well-known for the lush greenery surrounding the place, the backwaters and the serene environment. However, the region has lost its sheen and the diverse flora and fauna in recent times due to growing algal blooms in Muttukadu Estuary.

Algal blooms are not a new phenomenon as you might have seen the green algae covering large areas of coastlines, lakes, ponds, reservoirs etc. However, the exponential growth of harmful algal blooms in freshwater is a matter of grave concern for aquatic organisms, the environment, as well as public health. Therefore, urgent solutions are required to prevent algal bloom.

An algal bloom can be described as the rapid growth of algae in the aquatic ecosystem. The algal blooms occur naturally due to the presence of phytoplankton. The microscopic algae are known for their photosynthetic activity as they provide food to aquatic organisms and are harmless. But the dense growth of these species leads to the production of toxins and the consummation of dissolved oxygen in the water bodies. These are called Harmful Algal Blooms or HAB that are highly dangerous to aquatic living beings and humans.

Algal blooms are mainly caused due to the presence of a growing load of nutrients such as phosphorus and nitrogen in water bodies. The main source of nutrient pollution includes households, industries and agricultural activities that generate an excessive amount of chemical waste. It reaches water bodies untreated, causes eutrophication and algal blooms.

The high water temperature due to global warming and climate change contributes to the algal blooms. It helps in fast nutrient decomposition, which enables bacteria to feed on nutrients and grow rapidly. Cyanobacteria, which causes blue-green algae, grow faster, become thicker and absorb more sunlight leading to the proliferation of algae in water bodies.

Stable water bodies with low flows, slow-moving water or those with no disturbance have a higher possibility of algal blooms. It leads to the development of a warm water layer over cooler water and supports algal growth and bloom.

Algal blooms degrade the quality of water. In addition, potent toxins are produced by green algae which when exposed or consumed by humans can lead to severe health consequences. It can contaminate drinking water supplies and cause deaths as well. It significantly impacts the aquatic ecosystem and disturbs the balance, leading to fish kills, animal die-offs, dead zones and deterioration of aquatic life.

The Central Institute of Brackishwater Aquaculture (CIBA), the nodal agency for the development of brackishwater aquaculture in the country, has an experimental field station at Muttukadu. According to their scientists, the major cause of algal blooms is the oxygen depletion caused due to eutrophication. Microcystis Aeruginosa is a cyanobacteria type that produces hepatotoxin known as Microcystin. Its presence in high quantities can be fatal to aquatic living organisms, birds as well as humans.

The main reason for eutrophication, as per different sources, is the release of untreated sewage flowing into the backwater. Besides, the flow of freshwater into the lagoon is blocked due to construction activities in the catchment area. The accumulation of sand due to high sea tides have also caused stagnant water in the lagoon.

How to Prevent Algal Blooms

Organica Biotech is one of the leading companies with a wide range of bioremediation solutions that are effective and eco-friendly. Bioclean Pond Clarifier is an advanced, natural and microbial solution that is very effective for the bioremediation of water bodies. The enzymatic formulation acts on the pollutants and reduces the excess load of nutrients in the water. It also controls bad odour, reduces sludge volumes and acts against toxins, preventing algal blooms. It can work as an optimal solution to the growing algal bloom problem in Muttukadu and other water bodies in India.

Also Read:  4 Types of Chemical Cleaning Agents & Why Not to Use Them