How Does a Biodigester Septic Tank Work: All You Need to Know

How Does a Biodigester Septic Tank Work: All You Need to Know 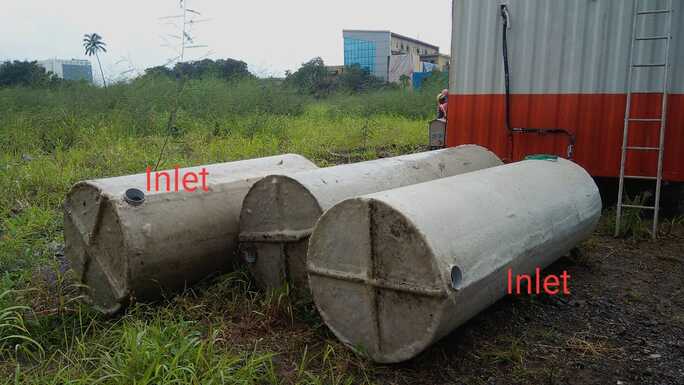 India is one of the most populous countries in the world with high population densities in rural areas and urban cities. As a result, human waste treatment and management have become one of the major challenges faced by the country today. According to reports, less than 30% of the population in India have access to safe sanitation facilities. The majority of households in rural areas practice open defecation, which threatens to cause various diseases such as diarrhoea, cholera, hepatitis, dysentery etc.

Those living in urban areas rely on sanitation tanks for waste treatment as most areas do not have sewage treatment plants. Due to the rising urban population, there is undue stress on municipal authorities as well. They are unable to handle the extensive amount of waste generated every day. Moreover, the use of a general septic tank can cause several problems. Manual cleaning of septic tanks is still prevalent which leads to recurring tragedies and loss of lives in different parts of India. The overflow and maintenance issues can lead to environmental pollution and water contamination as well. Biodigester septic tanks, in recent times, have emerged as one of the best alternatives to the conventional septic tank system.

A biodigester septic tank can be defined as biological waste treatment and management system, where living microorganisms are used to degrade solid and liquid waste and convert it into useful by-products like carbon dioxide, methane and water. Subsequently, the treated effluent can be used for different purposes.

Biodigester septic tanks are used in bio-toilets which look like a traditional toilet system. However, human excreta or faecal waste is treated differently. The decomposition of waste in a biodigester septic tank is carried out by a high-grade bacteria known as Anaerobic Microbial Inoculum (AMI) with high bio-degradation efficiency. This process is carried out in the absence of air, and thus it is known as an anaerobic form of waste treatment.

How does Biodigester Tank work?

A biodigester tank consists of three chambers. In the first chamber, the microbial consortium feeds on the organic waste and start the decomposition process as soon as the  human excreta or faecal matter coming from the toilet outlet reaches the chamber. Also, the solid and liquid waste is separated in the chamber. Once the first chamber is filled, the water overflows and reaches the second chamber, where further treatment is done, removing close to 90% of waste. In the final chamber, the effluent is estimated to be 98% clean and free of pathogens and harmless by-products, which can be safely used for irrigation.

There are many advantages of using a biodigester septic tank system. One of the benefits is the efficient use of methane for producing biogas. The biogas can be stored and used as an energy source for electricity, heating, and even cooking purposes. Other benefits include:

The Government of India’s Swachh Bharat Abhiyan initiative is aimed to provide safe sanitation facilities to all Indians. As many challenges still plague human waste management in rural and urban areas, biodigester septic tanks can be helpful to overcome them. A biodigester septic tank is a modern innovation that is far more convenient and safe than the traditional septic system, especially for the urban population. It is affordable and environmentally friendly for those living in rural areas as well.