How Can Septic Tank Cleaner Help Sewage Workers In Kenya

How Can Septic Tank Cleaner Help Sewage Workers In Kenya 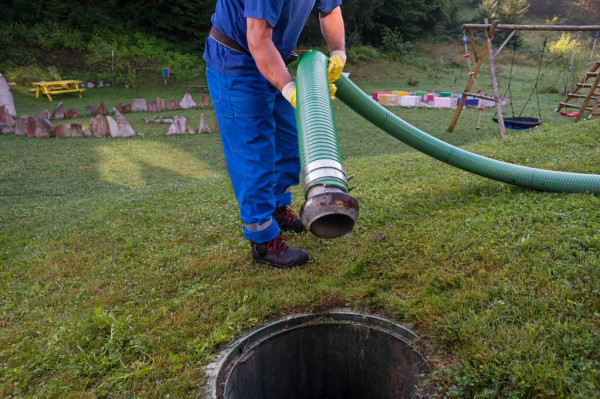 According to the Joint Monitoring Program of the Ministry of Health, Kenya, only 32% of the rural population have access to better sanitation. Out of which, 72% population use pit latrines. Open defecation is one of the major practises prevalent in Kenya which is deeply affecting the environment and causing different types of diseases in human beings. During the rainy season, the problem escalates as the human waste is carried onto the rivers and thus polluting water resources. According to experts, poverty is the main reason people are unable to build toilets.

Poor sanitation situation has deeply impacted the health and economy of Kenya. Water pollution and unsafe drinking water due to sanitation issues are one of the major factors causing deaths in the country. 5.3% of deaths are caused due to unsafe water, sanitation and hygiene. Diarrhoea, Cholera and other water-borne diseases are the major causes of death among children under the age of 5.

In terms of economy, the country is estimated to have lost 27 billion KES every year due to poor sanitation.

In urban areas, the population is increasing at an alarming rate. Anticipating industrial growth and economic development by 2030, it suffices to say that sanitation will face major challenge in the near future. Currently, only 5% of the national sewerage is effectively treated. Drains are clogged during the rainy season. The solid waste generated is rising and they are developing into a major hazard in Kenya.

Lack of urban planning before settlement makes it hard to develop and provide sanitation solutions. Moreover, treatment and disposal of waste is a concern and needs better solutions. The situation has made life difficult for sanitation workers too. Grey stream of wastewater generated from overflowing septic tank system is a common scene found in different parts of Kenya. Standing ankle-deep and sometimes drowning in waste, the workers clean all kinds of wastes. The sight is truly disgusting. Especially in the time of the pandemic, many have lost jobs and earn their living working as sanitation workers.

Urgent and innovative solutions are the need of the hour to improve the sanitation and protect people from engaging in sewage work.

How does Septic Tank Cleaner help?

Septic tank cleaner is an effective biological solution for septic tank system. The microbial community in the cleaner helps in completely degrading the faecal matter. It breaks down the existing sludge and prevents choke up.

Organica Biotech is one of the leading companies with a wide range of solutions for septic tank cleaning, sewage and wastewater treatment. Bioclean Septic is one of the best products available in the market for septic tank systems. The natural and safe septic tank cleaner degrades human waste effectively and prevents any kind of choke up. This can help the urban and rural population residing in Kenya with minimal sanitation facilities. What’s more, the microbes curbs foul odour as well.

Furthermore, it will prevent sewage workers from engaging in such works as well. One of the highlights of Organica Biotech’s Bioclean Septic is that it is economical and effective. Thus, the health authorities and government can easily achieve sanitation goals in Kenya with this product.

Also read: How Do Enzymes Work To Maintain and Clean Your Septic Tank

Also read: What Are The Objectives Of Faecal Sludge And Septage Treatment?