Causes of Pollution in Dal Lake

HomeCauses of Pollution in Dal Lake

Causes of Pollution in Dal Lake 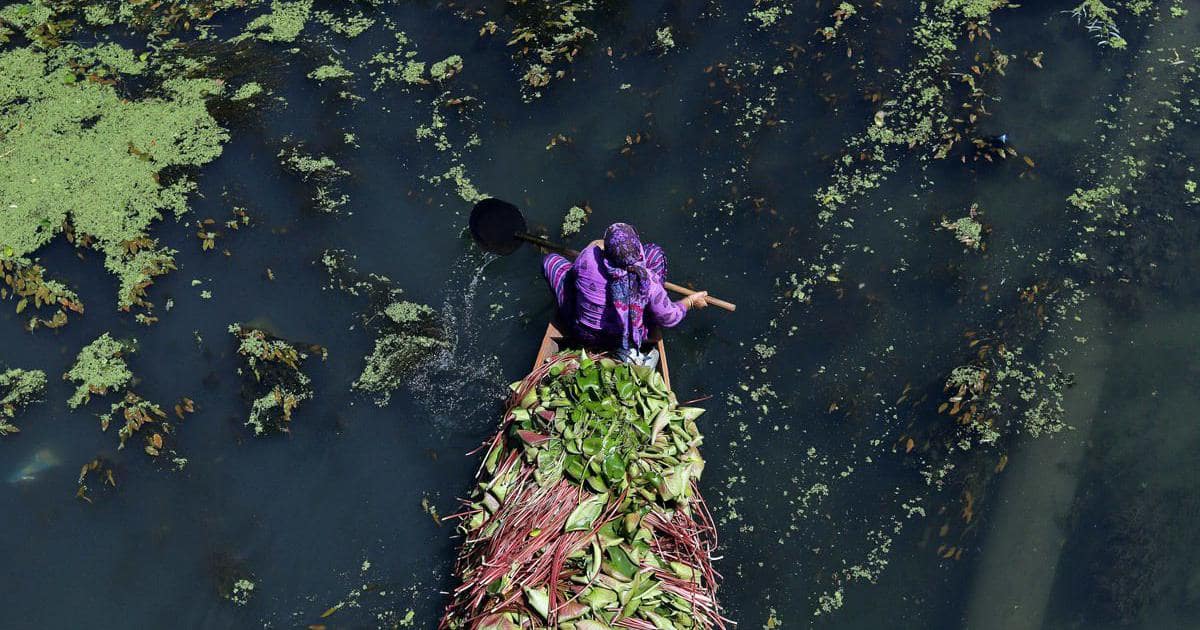 Dal Lake, one of the largest water bodies in Kashmir and a world-famous tourist attraction, contributes significantly to its economy through tourism, agriculture and fisheries. In addition, it has been a major source of food and water for the people residing in the area. However, pollution in Dal lake has become a concern in recent times as the water characteristics have drastically changed. Moreover, the unpleasant condition has affected the aesthetic value and has reduced the number of tourists visiting the lake.

Pollutants and contaminants from sources such as sewage, waste from houseboats, animal waste, commercial establishments, agricultural run-off have deeply impacted the water quality, making it unfit for domestic and reuse purposes. Urgent and innovative lake cleaning and restoration solutions are needed to preserve Dal lake.

Pollution in Dal Lake: Some Stats

Various studies have been done in the past to ascertain the impact of pollution in Dal lake. According to a research paper published in the International Journal of Scientific and Engineering Research in 2017, the following stats were found:

Another report in 2017 stated that nearly 50 million litres of sewage flow into the Dal lake on a daily basis. Also, around 80,000 tonnes of silt gets deposited into the lake every year. Additionally, it has been found that lake size has shrunk as a result of sediment deposition. Oxygen density has reduced, dissolved solids have increased and water quality assessments on the lake indicate water has changed from bluish-green to hazel due to the high levels of turbidity.

Sources of Pollution in Dal Lake

Pollution in Dal lake began more than four decades ago  due to the growing number of tourists resulting in increased commercialization of the place with the establishment of many hotels and houseboats. Thus, the amount of waste generated began to rise and new sewage lines were also developed. The untreated sewage since then has been released into the lake, causing pollution.

Dal lake is also known to have a permanent floating population of more than 5000 who live in houseboats with their household waste being dumped in the lake. Plus, it has an enormous floating garden industry, fisheries, weeds for cattle fodder etc. Lack of efficiently operational sewage treatment plants have also impacted the quality of effluent, thus polluting the lake.

Solutions for Pollution in Dal Lake

Over the years, several initiatives, local and governmental measures have been taken as well as committees have been formed to save Dal lake. However, the results have been unproductive. Authorities like the Lakes and Waterways Development Authority LWDA, the state pollution control board and the local government are continuously working to achieve lake cleaning and restoration goals.

Individuals and groups have also joined hands to protect water bodies from pollution. Kashmir Eco Watch is one such group that works with volunteers and has many teams working in different districts of Jammu and Kashmir.

Another promising solution that can be effective for lake cleaning includes biological treatment through bioremediation. Bioremediation can be defined as a process in which living microorganisms and enzymes are used to act aggressively on the pollutants and contaminants present in the lakes and decompose them.

Organica Biotech is a leading company with advanced solutions for the bioremediation of lakes and ponds. Bioclean Pond Clarifier is a biological solution that can reduce organic sediment and particulates and further helps in the inhibition of pathogens, odour elimination and sludge reduction. Bioclean Pond Clarifier can help in solving the problem of pollution in Dal lake and also support lake cleaning and restoration initiatives.